On returning to Winterhaven, the team was shocked to see that Valthrun’s tower had completely vanished, leaving only a circle disturbed earth behind. Sister Linora was waiting for the party, holding this note: 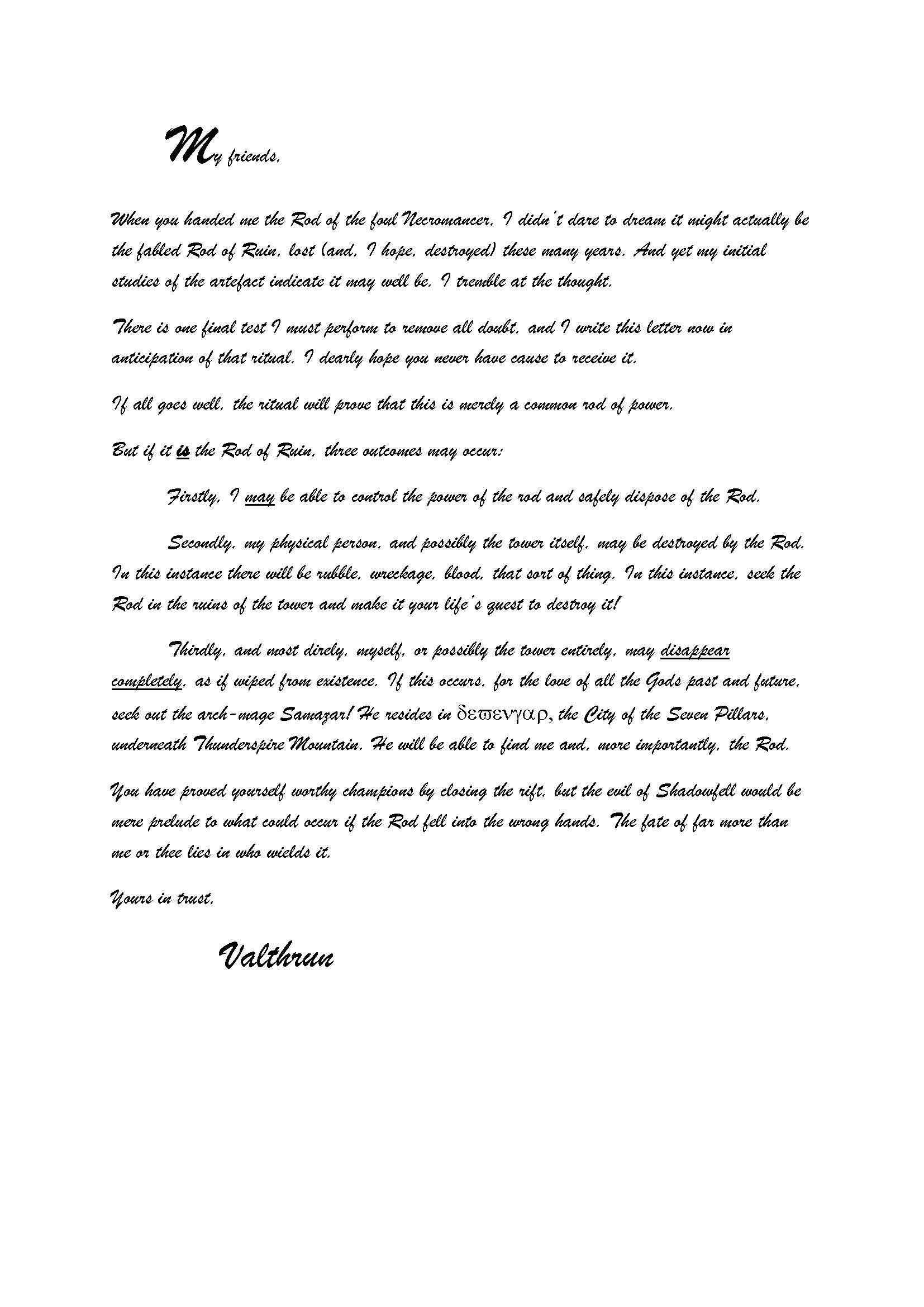 No sooner did the party announce their intention to head to Saruun Khel did multiple townspeople started throwing quests at them like candy. They were: 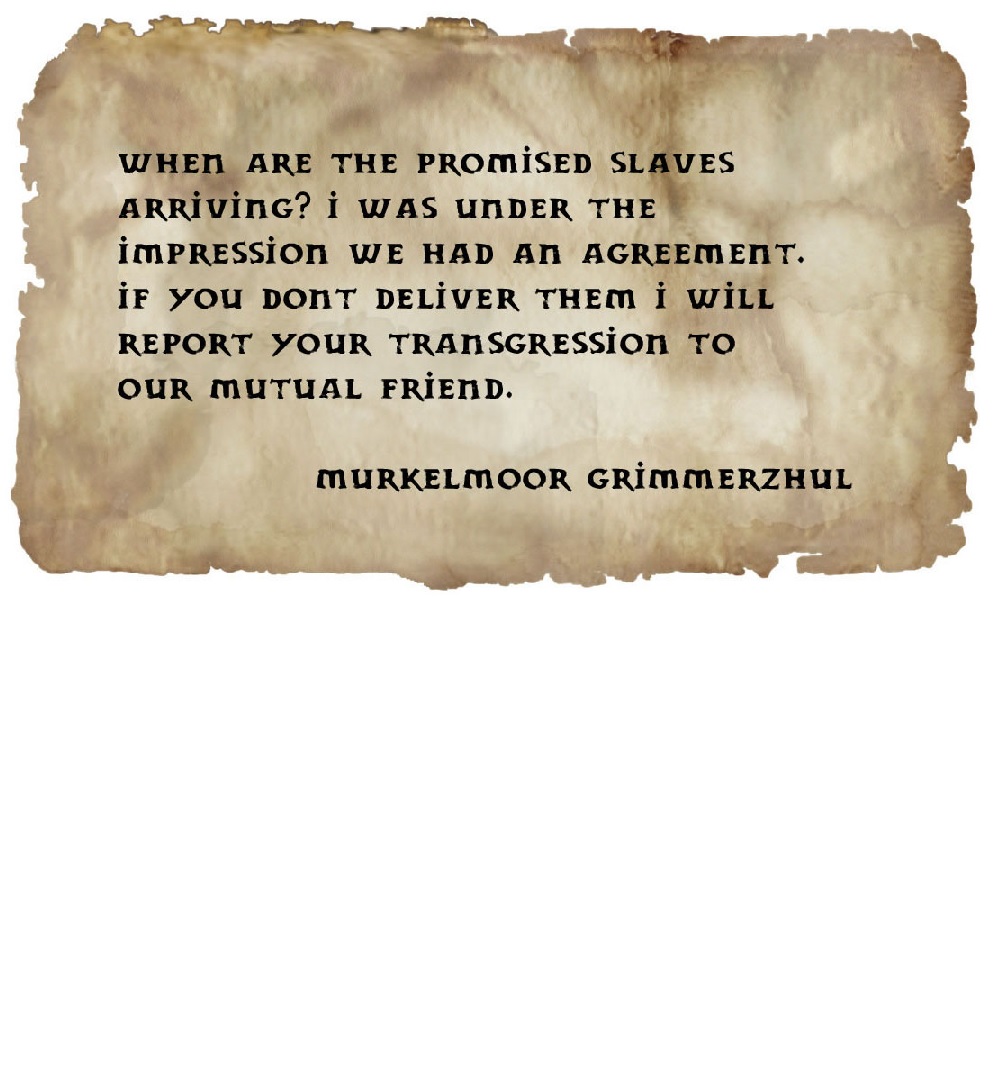 Accompanied by Linora, the party traveled uneventfully for a few weeks to reach Thunderspire mountain. Travelling along the underground road into the centre of the underground city, the gang saved the life of a halfling, Rendil Halfmoon, who is from a family of halflings who run the local inn. Rendkil invites the party to stay at the Inn as thanks for saving his life. He also mentions the Bloodreavers have been getting bolder and bolder, and have even been seen openly transporting slaves through the city, which the city watch would previously have cracked down on, but doesn’t seem to be doing anymore. 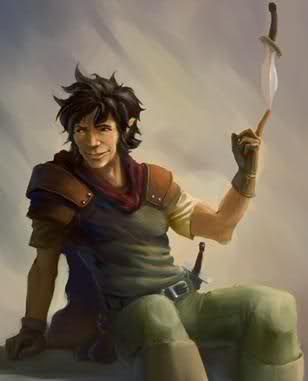 The party reaches the centre of the underground city, known as the Seve-Pillared hall. The city stretches outwards into multiple subterranean ‘suburbs’, but this is the largest open space in the mountain, and it is a busy hub of commerce, socialization, businesses and city-dwellers- essentially the ‘CBD’ of the city. 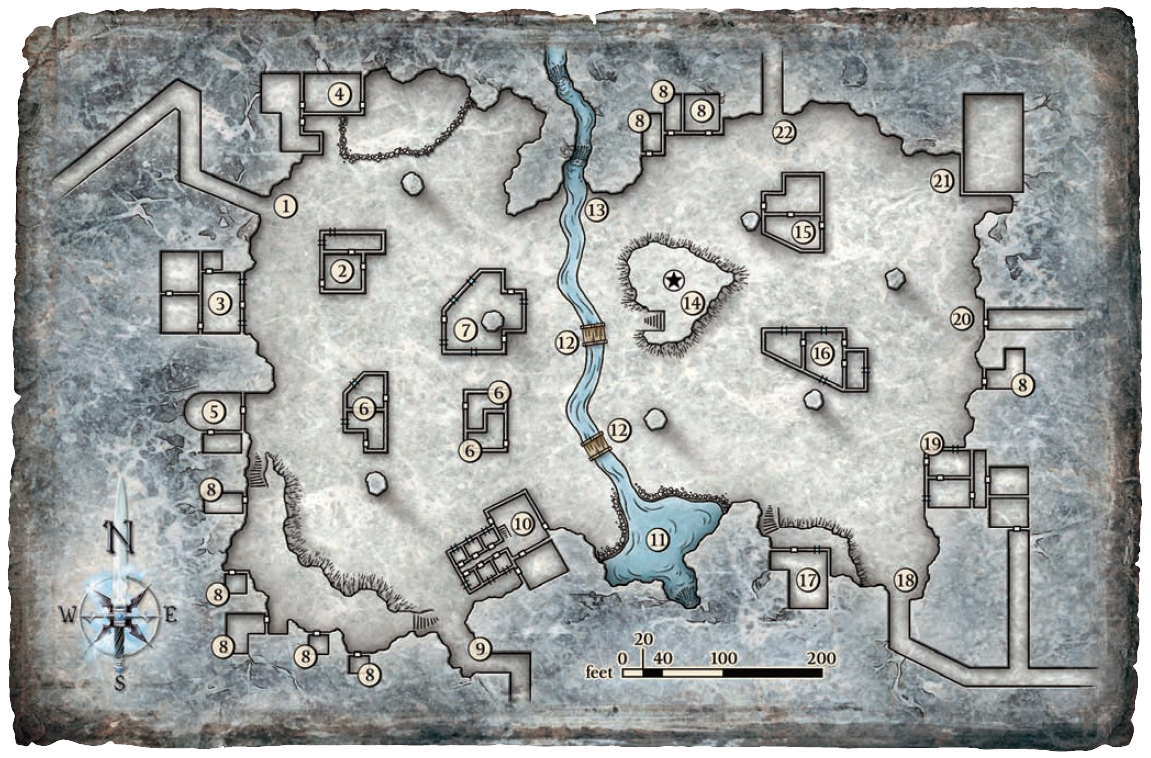 The most notable aspect of the city is the very large golden minotaur statues that patrol the city. While most stand immobile, several are walking about on patrol. These creations ‘keep the peace’ in Saruun Khel, under the command of Brugg (also a minotaur, and notably the ONLY other minotaur the players have seen- while this was once a minotaur-held city, they seem to have left or been wiped out completely, except for Brugg). The players have a brief encounter with Brugg where he effectively tells them to keep their noses clean while in the city.

During the evening, Amon notices a dwarf leaving the Halfmoon Inn and follows him to the Horned Hold, home of the Duerghar, or ‘Dark Dwarves’, who are a political faction in the city- although they generally keep to themselves, they do maintain a trading post in the city for commerce. Amon attempts to make an alliance with the dwarves but is rejected on the grounds that he doesn’t have much to offer at this time. Although he does not penetrate the keep, he does get lost on his way back to the city, encountering a powerful demon that is fighting with kobolds who are trying to capture it. He eventually leaves them to their fate. 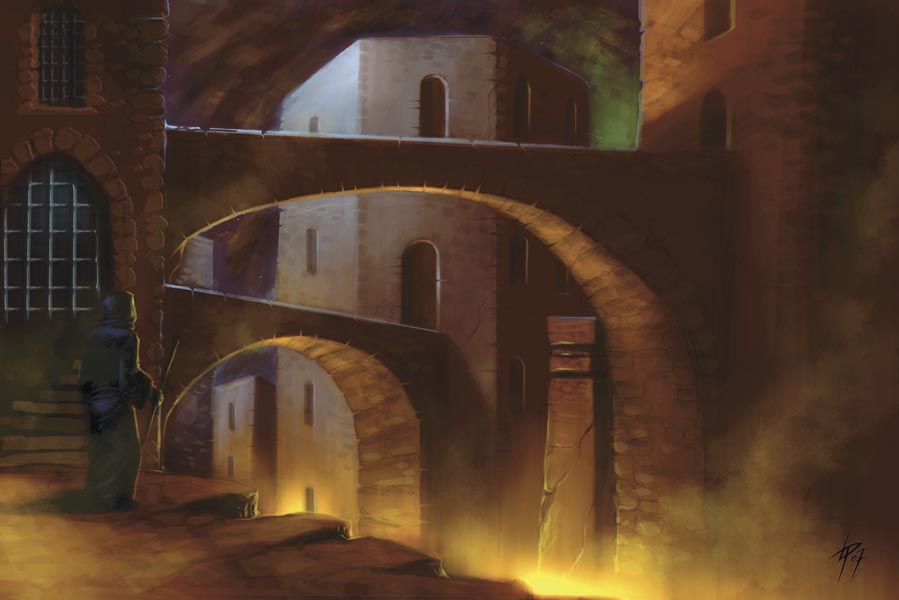 While Amon is doing this, the rest of the party is gathering intelligence. They learn that the mages who rule over Saruun Khel have not been seen in some time. They usually represent themselves to the populace by appearing as the Ordinator Arcanis- a mask that each mage wears to appear on behalf of all the others (the rumour goes that they rotate the mask). However that ordinator has not appeared in some time and discipline appears to be breaking down- Brugg is allowing slavers into the city, the Bloodreavers are growing more bold, and factional squabbles which would previously have been moderated by the Ordinator are coming to violence.

If memory serves, one quest was completed when a trade route was established with the named trader in the city.

Following the scent of the slavers (seeking both the taken villagers and Krand, leader of the Bloodreaver clan), Rendil took the party East to the ‘Bloodreaver’ side of town, and left them at the entry to the Bloodreaver hideout, colloquially known as the ‘Chamber of Eyes’ (for historical reasons, although it’s clear enough why when you get there). The gang gained entry to the lair but have not yet gone all the way in to find either Krand or the slaves. 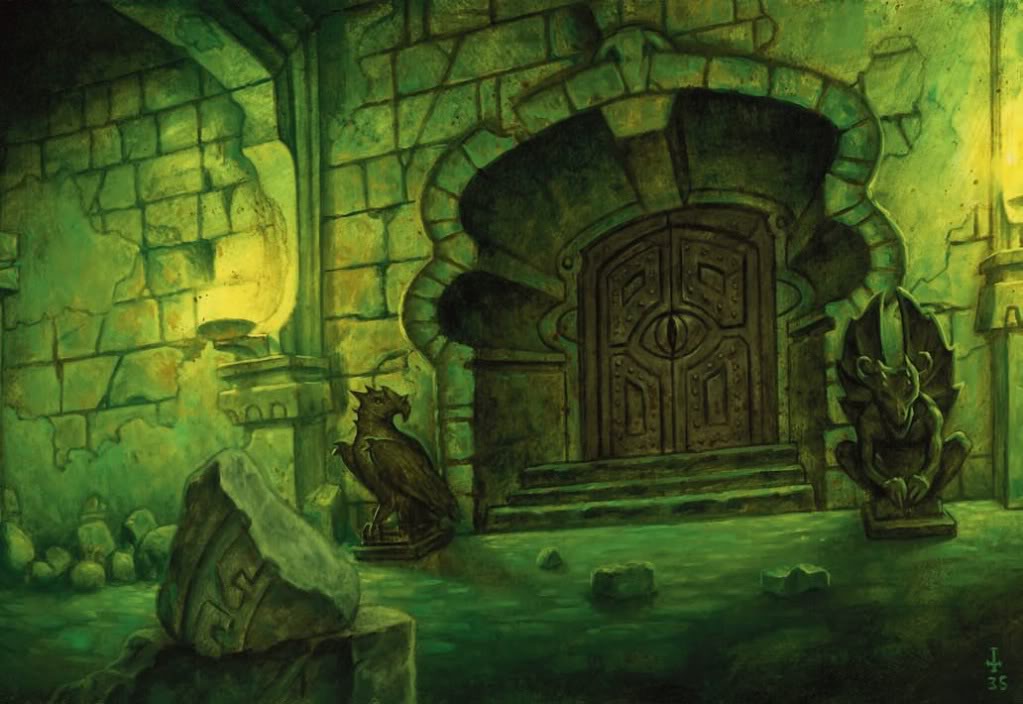 Chapter 5 Tunneling toward the Keep